Renaissance of an ancient wine 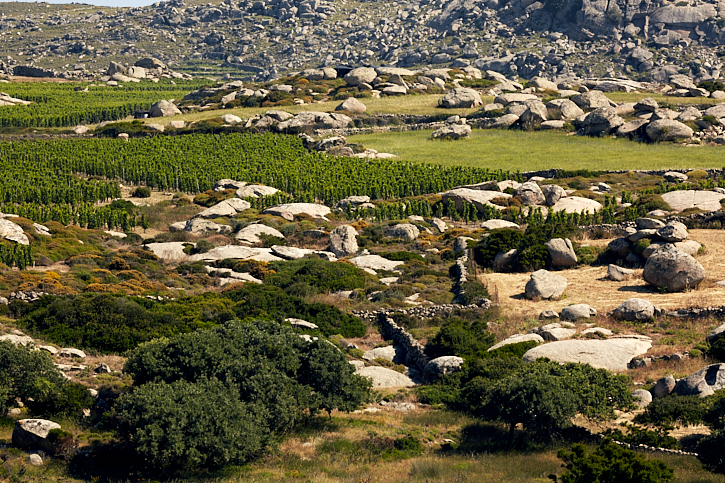 When all the greek gods seem to abandon the cradle of Western civilization, one did not leave the ship. Dionysus, the Greek god of wine. Nobody could imagine that vines would be planted on a lost island of the Aegean Sea.

It’s been fifteen years since, without saying antything to anyone, Gérard Margeon, head sommelier of the group Alain Ducasse decides to plant vines, with the inspired winemaker Alexandre Avatangelos, in Tinos.These vines are “the first of the Aegean since the Antiquity”, underlines Gérard Margeon. There are now rare autochthonous vines:asyrtiko and malagousia in white, mavrotragano and avgoustiatis in red.

There is no trace of vines than in history of ancient Greece, neither winery nor vineyard worker :”It’s a whole culture to recreate”, emphasizes Gérard Margeon. After a decade spent watching the grape growing, without producing anything, the first vintages of T-Oinos appeared with the new decade.It is a range that presents  Gérard Margeon with, at the top, a Clos Stegasta red 100% “mavro” breathtaking by its juicy and root side.

Read the article of “LesEchos” here